I can whole heartedly say that Singapore stole my heart from the moment that I stepped out of the plane.

The airport was extravagant and spot less (it seriously looks like a top notch mall). Everyone was so sweet and professional, which was a nice breather from what Thailand’s tourism looks like. Most importantly, the streets were CLEAN and full of greenery. It gave me a similar feeling that Central Park did the first time I visited it. Something about feeling like you are in a forrest while actually being in the middle of a city is breathtaking.

Basically my friends and I decided to go to Singapore solely for the Infinity pool at Marina Bay Sands (doing it for the gram LOL). If you are unaware of what this is or looks like..check out the 360° view. It is absolutely incredible. The hotel itself is a very well known for the cruise ship structure on top of the three towers and it is a sight to see, even if you are not staying there. This hotel is absolutely incredible on every aspect and if you can afford it, I would highly recommend it. It is by far the nicest place that I have ever stayed at and trust me, my bank account would agree. 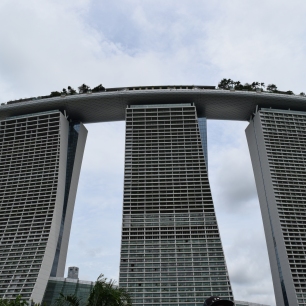 We ended up booking the “cheapest” room for about $400 a night and on arrival they bumped us up to a suite on the 31st floor. It turns out that if you are a first time visitor and if they have the availability, they like to enhance your experience and we got lucky!

Can you sneak into the infinity pool?

As much as I would want to say yes..in 2017 that is basically IMPOSSIBLE. I read up on this before arriving to Singapore and every article made it seem like one way or another, you will be able to sneak in, but I think everyone who did that visited years ago. In order to keep the pool area less crowded they have taken major steps in securing that only guests can enter. Even with having 3 key cards, sneaking me in (the 4th person) was a hassle and we almost got caught. We logically assumed that if we got three people up to the pool and then one came down with two keys cards it would all go smoothly. This was before we realized that the key cards actually keep track of the in and out scanning. So when you go up with the 4th person, one of the cards will malfunction. Thankfully this card ended up in the hands of my friend, whose name the room was under, so they called the front desk and confirmed her name and that was that. They did tell her that if the card malfunctions again…they will have to replace it. Also if you have no key card when trying to leave (we tried two excuses: lost the key card and my roommate took it back to the room on accident) they will either have the lifeguards find it or the key card needs to be brought up to you. Even when it was pouring, they made every single person check out with the key cards. I am sure if you can’t come up with a card they will fine you for sneaking up there.

The only way that I would say you can “sneak in” is meeting someone down in the lobby who is willing to give you their spare card, which basically means finding a single male who is willing to help you. Otherwise even if you find a lie to use to sneak in, you will not be able to sneak out.

My Thoughts on the Infinity Pool:

This was literally a dream come true. I honestly spent countless hours googling the pool and imagining what it would feel like being there and it was even better than I thought it would be. I really enjoyed the fact that it was not extremely crowded when we went, which has a lot to do with it being off season. They have a no kids section too which is always a win win! The drinks are delicious (pina coladas all day long), expensive but worth it.

While we were in the pool it started pouring and it was extremely heavy rain which probably forced a lot of people to think that it will not let up, so they left the pool area completely. It took about 30 minutes but the rain did stop eventually and they ended up reopening it. The perk? The pool was now basically empty. My friend and I snagged some awesome lounge seats right on the edge of the water, got to swim around and enjoy the sunset without many people around. It honestly was so heavenly. The absolute best part?? The night time view is even better.

Being at this pool and getting to overlook the city was one of those moments in my life where I just felt the electricity running through my veins and I felt euphoric. Maybe it was the drinks, maybe it was the company or maybe it was the fact that nothing else mattered but that moment in time. It was a beautiful moment and one for the books for sure. 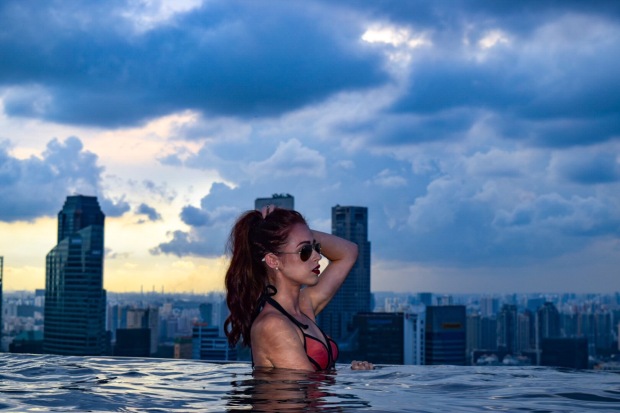 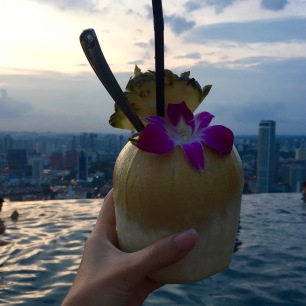 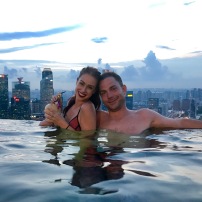 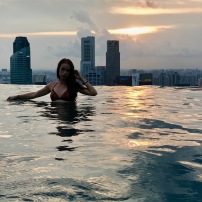 What Else to do in Singapore?

I was only there for two days and one night so obviously my time was very limited and I had to be smart about what I wanted to do. The pool was the main goal and everything after that was just another perk. So I took into consideration what our driver said. The Gardens By The Bay was a must and so was the ferris wheel, which is exactly what I ended up doing that night. The ferris wheel is about a 30 minute slow ride, which allows you to observe the city from every angle. I did enjoy that but what really blew my mind was the gardens…I saw them from my room but during night time they are a whole different ballgame. The trees are enormous and lit up in blue. It’s hard to describe the atmosphere and one has to experience that themselves in order to understand. My heart skipped a few beats, let’s just say that. I think Singapore overall is a very romantic place and would be perfect with a significant other. One of the trees hosts a sky bar where you can once again enjoy a 360° view of the city. One floor down you can actually eat a nice dinner. We just went up to the top to have a few drinks and to soak up the views. 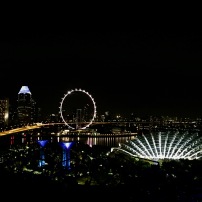 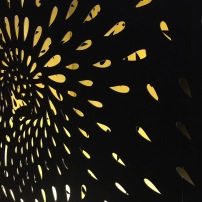 The next day we had to check out around noon, but our flight wasn’t till 4PM so we got to walk around the Gardens during day time. It felt completely different (which blew my mind) but enjoyable nonetheless. When it is light outside you can enjoy the detail within each tree and actually learn about them. There are 18 “supertrees” that are home to 162,900 plants and over 200 species. They host tropical flowering climbers, epiphytes and ferns. While during day time these trees provide shade, they also have photovoltaic cells which harvest solar energy that is used to light them up during night time. During the day you can also walk the “bar” for panoramic views which provided a whole new perspective of the city. 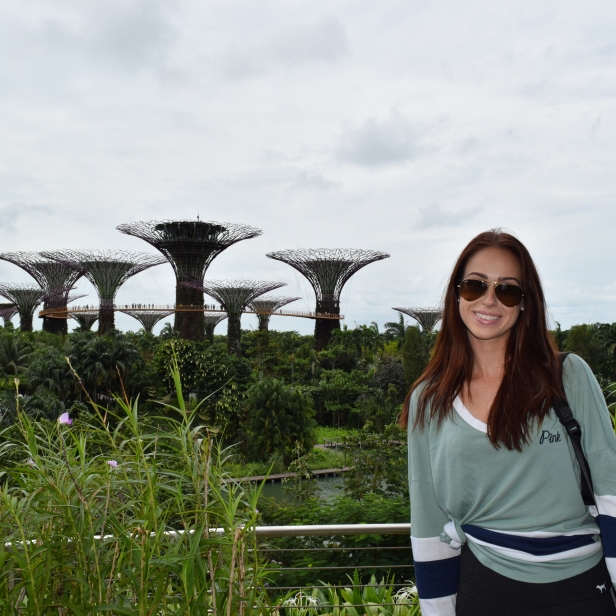 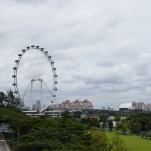 Overall, I am obsessed with Singapore and would for sure come back again and again to just relax and enjoy a city that really cares about the environment. I only got to see the most famous monuments but I would also really love to dive deep into the culture and see what life is like on a daily basis by traveling away from the actual city.

If you want to see some live shots of the places, here is a summation in a video! Hope you enjoy it.